I got a Steam Deck in 2022, and I love it. The form-factor works well for me, its power and battery life are fine since I'm neither hardcore gamer nor frequent long-distance traveller, and its size, portability and price mean I don't need to justify the cost or the space required for a "proper" Windows PC in addition to the Macs I vastly prefer for all my other computing. Quick-resume is a killer feature, because it means I can pick up a game as quickly as I could on my phone and play for a short time without the setup and loading screens that firing up the Xbox would entail. And, at a pinch, I can even do "real stuff" on it.

Driven largely by the arrival of my Deck in September—after pre-ordering at the beginning of March, only just after the official release but well behind the trailblazers—I've explored and revisited quite a few games over the year, at least by my recent standards. Here are some favourites.

Disco Elysium: The Final Cut (ZA/UM, 2019/2021; Steam Deck) actually plays fine on macOS, and I started it there, but I didn't have the time to get properly into it when I first tried it. Instead, this became the first game I played from beginning to end on the Deck—except for Aperture Desk Job (Valve, 2022; Steam Deck), a brief but delightful introduction to the Deck's hardware via a jovial, anarchic eyeball-shaped robot and a toilet with a machine-gun mounted in it. (If you have a Deck and you haven't played it, you must.)

Disco Elysium's style is artful and intelligent, philosophical, literary and unpredictable. The beginning of the game is a literal conversation with the player-character's subconscious, and things proceed in this vein as he tries to recover from amnesia following a major bender—and solve a murder at the same time. The visual style is lovely, but it's really through dialogue (and internal monologue) that the game's depth unfolds, gradually fleshing out the world of Revachol, its people, history and politics. This is all carried by the kind of unhinged, irreverent sense of humour that you might expect if you could hear a witty but broken man's every thought, a Beat vibe and a studied lack of overt morality, even though the story goes to some morbid places and lets you experiment with dangerous drugs and potentially even more dangerous ideas.

The sheer amount of text Estonian novelist Robert Kurvitz has written into it may be off-putting for some, but it's a role-playing game unlike anything else I've played. And any game that sports an achievement for apologising excessively, and a (minor) character whose wealth is so immense that it has a pseudo-relativistic light-bending effect, is always going to be a winner with me.

It's fair to say I'm a little late to Elite Dangerous (Frontier Developments, 2015; Xbox One), but I'm glad I got to it eventually. I only got to play the original 1984 Elite a couple of times on a schoolfriend's BBC Micro, and didn't play either of the other sequels, but I have enjoyed many other space games—most recently including No Man's Sky, which I haven't yet played enough of to judge.

Elite Dangerous's big boast is its sheer scale, since it attempts to represent the Milky Way at a realistic scale, which means 100 bn+ stars and their planets and moons. Most of these are procedurally generated, of course, but the sense of enormity is real, and for me exploration is what drives the Elite experience. Setting off from the relatively small populated area of space (known in-game as "the bubble") into hundreds of light-years of the unknown with a ship loadout designed to keep you self-sufficient is genuinely nerve-wracking at first, and once you're out there the feeling of loneliness is palpable. Coming across a neutron star for the first time, scanning an exoplanet before any other player—which the game records for everyone to see—or discovering something unusual while roaming the surface of a moon are all compelling experiences.

Story-wise, Elite is not the most engaging, and its most recent Odyssey expansion was a fiasco. (It also left consoles behind, although Frontier did allow me to port my Xbox save over to the Deck.) But I certainly don't regret the time I've put into it, and I reckon I'll be back.

I was a sucker for the full-motion video (FMV) games of the '90s, but they're well out of fashion. Sam Barlow has been almost alone in not only dragging FMV into the 21st century, but taking it to new places and finding new areas of strength. It's hard to imagine the nuance of Her Story (2015) working without the live action, and the end result was beguiling and unconventially satisfying. Immortality (Sam Barlow/Half Mermaid, 2022; Steam Deck) is Barlow's latest FMV incarnation, and it's more ambitious and fascinating than ever.

The story centres around fictional actress Marissa Marcel, who stars in three films over multiple decades, none of which is ever released—and then she herself disappears. This all unfolds through hours of FMV in the form of a more-or-less complete series of rushes from the films (including B-roll), each in a cinematic style matching the period, plus some additional tidbits, which the player navigates through a custom playback interface by finding linked objects appearing in frame. Footage can be shown in scene order or in order by shooting date, both of which are relevant, and naturally there are links between Marissa's personal story and the plots of the films. It's all so cleverly put together.

I haven't "completed" the game, and I'm not even sure if it can be completed—I've found Barlow's previous games not to resolve completely, allowing players some freedom to build their own interpretations. But, again like the previous games, the jigsaw-like process of reconstructing the narrative throws up some major "aha!" moments, as well as some real shocks. The immediacy lent by the banter before and after the cameras roll really helps draw you in, and serves the game's unique storytelling mechanic extremely well. With the game perhaps half-played, the key themes are coming into focus and I have a sense of some significant events, but I still have a lot of questions. I look forward to answering some of them as I play on, but I suspect some aspects of Marcel's life will remain a mystery.

Farming Simulator 22 (Giants Software, 2021; macOS) has a steep learning curve initially, just like its 2018 predecessor and probably the whole series. If you don't know your way around a tractor or have a clue what tools are needed to get you from seed to harvest (as I didn't), I'd recommend starting with some YouTube videos. I'd also turn stones and possibly weeds off, depending on how much patience you have. Once you pick up the basics, though, additional mechanisms such as manufacturing aren't as big of a leap, and the cycle of the game (and the seasons) is pleasing and relaxing.

Farming Simulator 22 plays well on macOS, which is the only platform I've run it on. I generally play with my daughters, who "advise" and periodically take over the controls, sometimes with ensuing hilarity, like when one of them barrel-rolled a tractor on a steep hill. In fairness I've managed to get myself into sticky situations too, usually by careening around corners too fast when heavily laden, and these can show up some oddities in the game's physics, but pottering calmly around the farm attending to crops and animals is the core activity, and one that can be very satisfying. This is one to pick up for a couple of hours after a busy week at work—unless you're a farmer, perhaps.

Turn-based strategy gem Into the Breach (Subset Games, 2018; iOS) has been languishing in my Steam library for a couple of years, but it was the Netflix-published iOS release that pulled me in. I find it ideal for my phone: the compact levels are perfectly visible on the screen, touch controls work fine, and rounds are brief enough for short bursts of play.

That's not to say that it doesn't have depth, though. The game introduces new mechanics at a well-judged pace, through the maps, the player units and the varieties of insectoid Vek that they're up against. Each turn is a juggling act. Should I prioritise damaging the enemies or minimising the damage they can do themselves? Should I put my unit in harm's way to prevent damage to the all-important power grid? Can I work the order of attack to my advantage? The perfect execution of a plan can be a beautiful thing, but a crucial misjudgement can be very costly. It all adds up to a very satisfying package.

I actually started The Council (Big Bad Wolf, 2018; Windows) on nVidia's GeForce NOW platform back at the start of the year, but then picked up my save on the Deck and finished it there. The game takes place in 1793, highly significant in the French Revolution, and with the newly independent Unites States' constitution just a few years old. It imagines a gathering of the great and the good—including Napoleon and George Washington—in a sumptuous French-style wood-panelled mansion, and associated large-scale political machinations, alongside some whodunnit-type mystery elements.

The role-playing aspects are generally well-executed. Like Disco Elysium, most of the drama unfolds through dialogue, but the style is more consistently combative, and where Disco is all about the player-character's psyche and traits, the focus here is on the people you're verbally sparring with, and how to probe them effectively given their constitutions. Sometimes a character's strengths and weaknesses are quite obvious, sometimes they have to be found by trial and error, but you do at least have a sense that you can learn from your previous interactions with someone to judge future encounters better.

The problems really stack up towards the end of the five-episode season, however, as the game falls into more and more classic tropes, and relies on bombshell "it turns out" moments to change the course of the narrative haphazardly. This extends to adding weirdly gimmicky mechanics late on, which add very little to the gameplay and feel like wrong-footing the player just to inject a bit of novelty. But the first three episodes are well worth the time, and at that point you might as well just see the game out, as I did.

So, those have been some highlights. There are other interesting games that I've started on, but not got far enough to judge yet, like Pentiment, Stray and Return to Monkey Island, and there are one or two games I haven't got comfortable with on the Deck, like Frostpunk. But, generally, the Deck feels like the "gaming PC" for me. If a game doesn't have the "verified" tick on Steam these days, you can be sure I'm going to think much harder about buying it.

Cover photo by Javier Martínez on Unsplash. The copyright on game screenshots is owned by their respective developers and/or publishers. 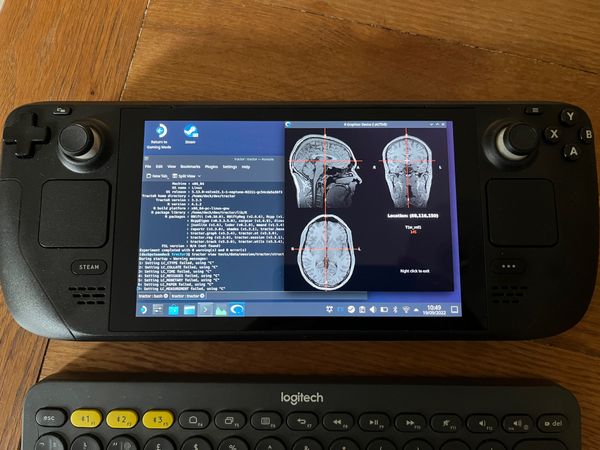 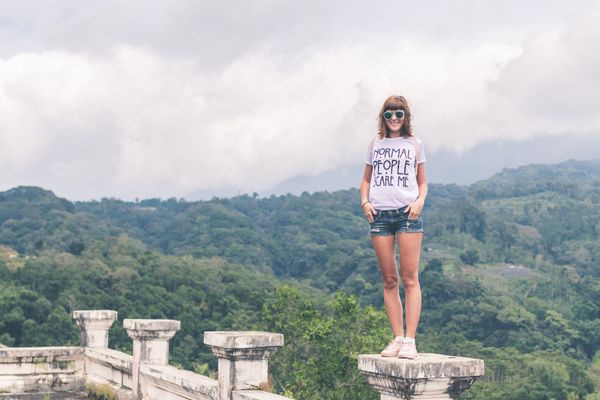 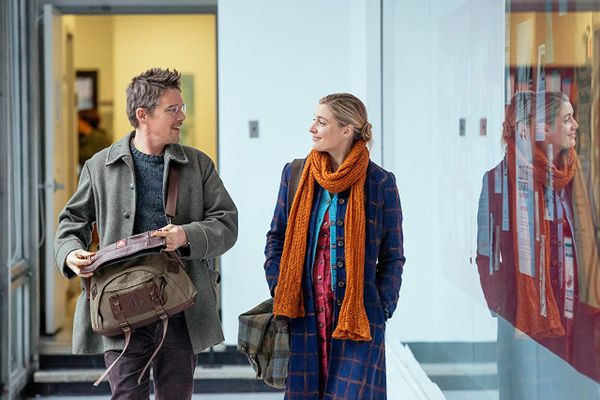